Sri Lanka and Vietnam currently hold the majority of the pepper market share in India. Some industry experts predict that Vietnam will regain the top position in India in terms of market share for pepper due to Sri Lanka’s crisis is currently undergoing. However, Vietnam’s pepper sector did not significantly benefit from this, according to a representative of the Pepper Association.

Some individuals believe that Vietnam’s pepper sector would benefit in India as a result of Sri Lanka’s unstable situation because Sri Lanka has consistently expanded its pepper exports to this market. In the meantime, Vietnam is increasing steadily its market share in India.

However, Ms. Hoang Thi Lien – president of the Vietnam Pepper Association (VPA), stated that companies won’t actually benefit all that much. Because of different product segments, Sri Lanka is not a direct rival of Vietnamese pepper.

Since the soil, technique, and cultivars in Sri Lanka are different from those in Vietnam, the price of Sri Lankan pepper when exported to India is higher and its purpose is also different. Therefore, in Ms. Lien’s opinion, Sri Lanka is not directly Vietnam’s rival.

In addition, Ms. Lien did point out that companies are able to boost their exports of pepper to the Indian market as a result of the unstable situation in Sri Lanka. According to Ms. Lien: “High inflation, unstable politics, and a scarcity of fuel will have a significant impact on Sri Lankan pepper producers. This also helps Vietnamese businesses grow their exports of pepper to India”.

The data shows that the growth rate of Vietnam’s pepper exports to the Indian market in 2022 begins to increase sharply. After a year of fast growth, Sri Lanka has begun to show signs of exhaustion.

According to data from the Indian Ministry of Commerce, in 2021, pepper imports from Sri Lanka reached about 14,400 tons, more than double the amount in 2020. At the same time, pepper imports from Vietnam are 11,417 tons, only increasing by 10%. At that time, Sri Lanka led the pepper market share in India with 39% and followed by Vietnam with 31%.

According to The Hindu Business Line, the sudden increase in Sri Lankan pepper imports put pressure on domestic pepper prices in India. According to the Indian Pepper & Spice Trade Association, pepper prices in the beginning of December 2021 reached a record of about 532 rupees per kilogram. However, after Sri Lankan pepper began to arrive in large quantities in this nation, pepper prices quickly fell to more than 500 rupees per kilogram by the middle of the month.

But beginning in 2022, Sri Lanka’s exports to India started to expand to slow down.  Specifically, in the first four months of this year Sri Lanka’s pepper exports grew to 5,390 tons, a 7.2% increase from the same time last year.

This trend continued until June, when, according to statistics from the Vietnam Pepper Association (VPA), Vietnam’s exports of pepper to India increased by 17.3 % to 9,522 tons in the first half of this year.

Although Vietnam and Sri Lanka continue to hold the majority of the market, a “piece of the cake” is shared with rivals like Brazil and the United Arab Emirates (UAE), whose exports of pepper to India have grown by 78% and 724%, respectively. Brazil’s market share climbed by 10 percentage points in the first four months of this year compared to 2021.

The market share of Vietnam and Sri Lanka decreased by 4 – 8 percentage points to 27% and 31% respectively.

This Sri Lankan pepper production will amount to roughly 25,000 tons in 2021. Therefore, it is evident from the export data that India plays a significant role as this market absorbs about 60% of the pepper production in this country. As for Vietnam, India accounts for only 5% but in the first half of this year, this number rose to about 8%.

In 2022, Sri Lanka’s production of pepper is expected to decline significantly from 20,000 tons in 2021 by 20%. According to the Vietnam Pepper Association, Vietnam’s pepper production in 2022 may drop by 10% to 175,000 tons. Currently, Vietnam accounts for more than 50% of the worldwide pepper market.

“India has a system in place to safeguard its local pepper business. As a result, Indian customers mostly consume the pepper that they cultivate, while the imported pepper is primarily processed and exported again “explained Ms. Lien.

For pepper originating from ASEAN nations like Vietnam and Cambodia, the Indian government has imposed a 52 % import tax; for pepper coming from nations like Brazil and China, the tax is 70 %.

However, under the South Asian Free Trade Agreement (SAFTA), Sri Lankan pepper is only subject to an 8% tax in India. And there are no taxes on shipments that are less than 2,500 tons. This is considered a disadvantage of Vietnamese pepper compared to Sri Lanka.

Pepper is one of Vietnam’s most important agricultural exports. According to the Vietnam Pepper Association’s annual report, domestic pepper accounts for about 55 percent of output and 60 percent of the worldwide trade market share.

Sybil Agri is both a producer and a distributor of huge quantities of pepper to nations such as the United States, China, Egypt, and the Middle East with a total volume of up to 5,000 tons. 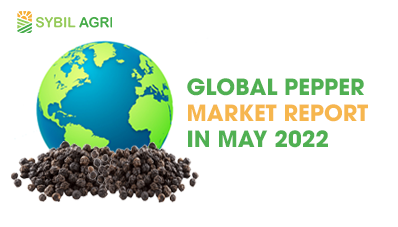 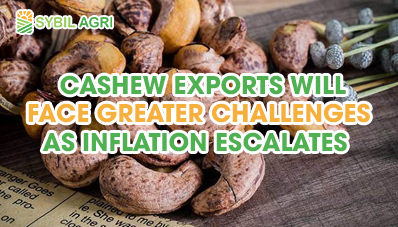 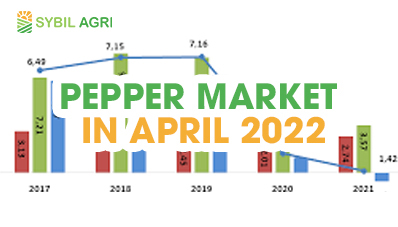 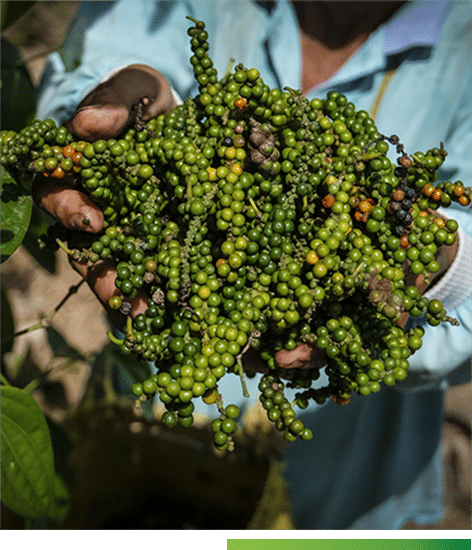